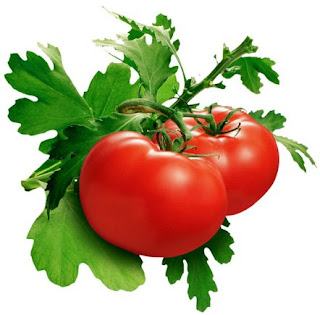 Both unripe green tomatoes and ripe red plum tomatoes can be consumed either by cooking it or eating it raw. Lycopene is a nutrient, responsible in transforming tomatoes to turn red and is regarded as a potential agent for cancer prevention. Siddha’s of yester years have advised us to eat tomatoes raw including the skin. Tomato skin has many nutritional values, therefore do not remove the skin, and try to eat the skins when eating raw tomatoes.

Chinese medicine prescribes tomatoes to be the best medicine to cure eye redness. Eye redness could be caused from lack of sleep or an increase in eye pressure. Blend 2 tomatoes and drink the juice in the morning on an empty stomach. Drink the juice continuously for 3 days and eye redness will disappear.

In Siddha medicine, tomatoes are used as a body scrub while bathing. The enzymes in the tomatoes help transform dry, rough and wrinkled skin to soft, smooth, silky and glowing skin. Blend the tomatoes and apply as a facial mask. The enzymes helps remove dry and dead skin cells and help build new skin cells.

Tomatoes can be eaten every day and teach your children from the age of two to eat raw tomatoes and other vegetables raw. This practise will benefit them in future as they will not have the difficulty to eat raw vegetables when they grow up. Make sure you wash the tomatoes before you consume as cultivated tomatoes are usually sprayed with pesticides.