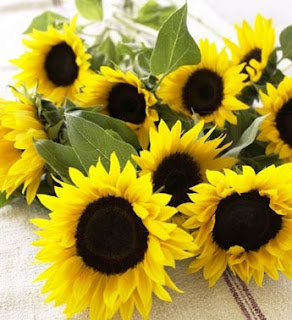 15th JUNE 09: SUNFLOWER
Sunflower plant is native to Mexico and during the 14th century, the sunflower production was brought out of Mexico and became famous in many countries due to its usage.The roots of the plants to its flower are used for various purposes. The head of the sunflower tend to follow the predominate direction of the sun. The head normally faces to the east when the sun rises and changes it position to the west in the evening when the sun sets.
In Russia, oil is extracted from the sunflower seeds and exports more than 180, 000 tons of sun flower oil. In China, fibres from the plant’s stem are used to produce china silk. The leaves are used to feed farm animals and the roots are used for medicinal purposes whereby it is boiled and consumed. The roots are used to treat malaria patients